TIPS FOR BEGINNERS IN PYTHON

If you decide to learn Python in 2021, then here are some of the useful Python books, courses, and tutorials to start your journey in the beautiful world of Python.

REASONS WHY YOU SHOULD LEARN PYTHON

Closing Notes: Thanks, You made it to the end of the article … Good luck with your Python journey! It’s certainly a great decision and will pay you a lot in your nearest future. 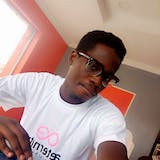